It’s Not About You: How to Become a Servant Leader

John Shibley says his “day job” in sales in the healthcare industry, while his ministry—for now—is “a hobby.” But his sales expertise has definitely helped him become a more effective minister.

“When you get right down to it, it’s all about earning trust,” says Shibley, a leadership coach who does the “Last in Line Leadership” podcast out of the Houston suburbs. “If you’re earning trust, it’s got to be authentic and transparent. It can’t be about you—it’s gotta be about them and their needs. So maybe that’s where it all intertwines.”

Putting other’s needs before one’s own is the essence of what’s come to be known as “servant leadership,” a gospel Shibley preaches through both his podcast and his 2020 book Leadership: A Pathway to Purpose & Destiny Defined. It’s a big change from the top-down, authoritarian management style that men were taught for many years, but Shibley says that by putting the success and growth of a team before personal gain and accomplishment, men can become more trusted, more influential, and more fulfilled. They can also go a long way toward shaping their own lives after the greatest servant-leader who ever lived—Jesus Christ himself.

“Servant leadership” is a concept that’s definitely taken hold in the last decade or so. Why is that? Why do you think so many people are looking for a new way of leading?

That’s a great question. I honestly don’t know, other than I think maybe people have tried it the same way for so long and realized that maybe there are gaps in that leadership model that they’ve tried for years, this authoritarian, “just because I say so,” “my way or the highway”-type leadership—I know it’s been referred to positional versus relational leadership. Maybe more people are trying to dig in and examine their spiritual side, and maybe as they dig and understand who Jesus is a little more, they realize, “Wow, this was his model 2,000 years ago, what have we been doing this whole time?

There really isn’t a better role model for servant leadership than Jesus, is there?

So how do you convey the principles of servant leadership to others?

deal with men primarily, and so in any ministering that I’ve done or any curriculum or men’s groups I’ve taught or coached, the bottom line has really just been, it’s not about you. If we can step outside of ourselves, we can see things through a different lens and see that leadership is more than about just our success, our power, our accomplishments—it’s about dragging a whole lot of other people to that podium with us and saying, “Look what we did.” And it’s more than one person being able to do that. A servant leader, it’s got to be about more than just them, and they’ve got to decrease so that others can increase. I think that’s a biblical concept as well.

When I read Ken Blanchard’s book Lead Like Jesus probably 20 years ago, that just really opened my eyes. That’s when I really started understanding that servant leadership even existed and started peeling back the layers a little bit. Obviously I have a ways to go, but I believe that’s what’s allowed me to magnify that in the people I deal with, the people I coach, the people I mentor, and the people I reach in my podcasting and writing with Last In Line.

What prompted you to write the book? That’s a big undertaking.

Definitely a little bit outside my wheelhouse and comfort level. I’ve always had that as a bucket list item, to write a book. And I never really considered that I had much to say, but during the quarantine, I pressed into my devotional time early in the morning. When you’re cooped up in a house with seven people, you capture that moment at 6 a.m. on the patio by yourself and love every minute of it.

I dove into reading, and I just felt God impressed upon me to have a voice during this pandemic, when there was so much gloom and doom. He kind of led me to this scripture in Mark 9:35: “He who wants to be first will be last of all and servant of all.” The phrase “last in line” hit me like a ton of bricks, so that’s where that originated. And as the month unfolded I started writing my own devotionals that became my first book, on topics that I felt where maybe there were vacancies in people’s lives, these were some offerings of hope and encouragement that I could add to the world. I self-published, and that sort of evolved into a podcast and YouTube channel, and that was really kind of what I found to be my calling—facilitating conversations with big-time leaders, former military, athletes, entrepreneurs, faith-based, where they share their stories. And I can’t help but be encouraged and made hopeful by these stories that I’ve been able to help tell.

That’s been my passion for two years now, and I’ve met some incredible people. God’s using me as a vessel to get those stories out there, and a resource for people to tap into some hope and encouragement and maybe get a little better on their walk. So many men are occupying that middle ground of complacency, doing good but not great. The target is just to get guys over that hump and let them settle into that leadership role they were called to, whether they realize it or not.

That’s definitely something we encounter a lot—men who set all these career goals when they started out, and now they’ve achieved them, but it’s not as satisfying as they thought it’d be. They’ve gotten everything they thought they wanted professionally, but they’re still feeling empty inside. Do you think servant leadership could point the way to a solution?

I think it does, naturally, because by default you’re taking yourself out of the equation bit, or at the very least you’re taking yourself out of the spotlight to help somebody else get better or empower them. I’m not saying we have to neglect ourselves, but when it comes to leadership, for the guy you just described, when you can make it about someone else’s success, you succeed when others do. It creates a whole new calling and purpose in your life that is 100 percent biblical and 100 what Jesus would do. I think we should walk in stride and find our rhythm in that idea of “He who waters will himself be watered” [Proverbs 11:25].

Do you think people are “hard-wired” to be either a servant leader or the tyrannical, authoritative type, or can people change?

I think if you believe in the imago dei—that we’re all created in the image of God—then we’re all created for servant leadership. God in the flesh proved that and set the bar really high, and we’ll never attain the status Jesus did, but it’s in our DNA. Even if you’re not a believer, it’s in your DNA because you were created by God in His image.

I actually have a chapter in my first book that talks about redemption and restoration. To me, what it means is just renewal. To restore something is to bring it back to its original state or as close to it as possible. So we were created to be without blemish, we were created in God’s image—we had this bright shiny person that God created, and then the human element took over and led us to this sinful nature. I think restoration brings us back to the cross and the redemptive heart of God.

And that’s what I really love about the Christian faith and the cross and the resurrection and everything God intended for us. I think the beautiful part is we’re never out of the game, we’re never too far gone, we’re never past the point of no return. I think it’s beautiful that all we have to do is turn back to the cross and repent and start walking that out. And then the restoration and redemption happen.

Last in Line Leadership is a Partner of The Redeemed 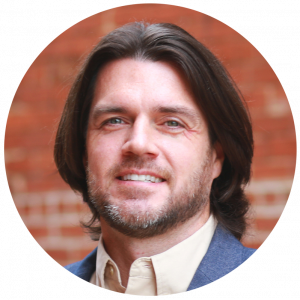 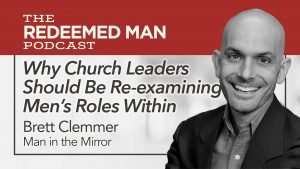 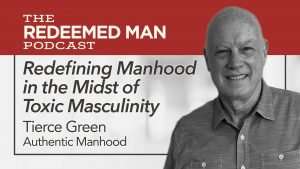